My grandmother doesn’t comprehend the concept of a “career.” Even though I’ve had the same aspirations since I was in school, she still doesn’t fully understand what it is I do for a living (I’m not so sure myself nowadays). To her, a woman like me should have been happy as a secretary, wearing something of a uniform every day and working 9 to 5 with a steady pay check. I admit her sensible and basic approach to working life would have saved me the dramas I’m currently going through but when your lowest days in search of your dream are more desirable than the idea of normalcy, you just have to be destined to make it. Right?

It’s been a tough week for me, hence the reason I bring up my grandmother. She’s now yelling at me as I write this, repeating one of her colorful stories from Lebanon. This time it’s about a man in her village asked by his wife to bring back some wood for a fire. Instead of showing up with the few logs needed, he returned heaving an entire bush. I’m being compared to this over-achiever and asked why I have to be the one to go big with everything, instead of just doing as expected like everyone else. Her frustration stems from my frustration, as I’ve just been told my new O-1B work visa will come through in another five to six weeks minimum. Add that to the almost two months I’ve been here and my usually quick annual trip home to Australia has turned into something much longer than expected. Plus I’m paying my expensive rent back in New York City, a multitude of bills and a flight change fee every month or so; not to mention looking for new career opportunities daily.

It’s extremely frustrating. Don’t get me wrong, I’m enjoying the time with my family, but to take such an extended absence from the hustle and bustle of New York and the music and fashion industries I work in feels like career suicide right now. I’m being dramatic, but you get the point. Having cloudy direction for a spell ultimately lead to me being in this position, and a costly and time-consuming spell it’s become. If it wasn’t for the strength and support of my mum, sister and close friends, I would have gone crazy by now.

True to form though, I am keeping busy while out here. I hosted the Sydney chapter of global event One Billion Rising yesterday (above), a cause close to my heart with a great turnout. I’m also in the middle of putting together the first Go Down Under mixtape with my friend DJ Leon Smith, a showcase of Australia and New Zealand’s best hip-hop talent. On the fashion tip, I’m working on a secret project with a brand that will pay tribute to my grandmother, her over-zealous friend with the bush and all of Lebanon’s descendants. Cannot wait for that one to be put in motion! 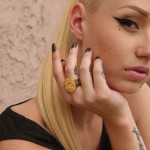 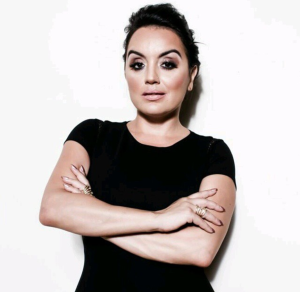 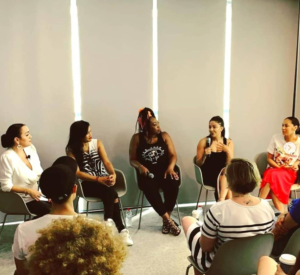 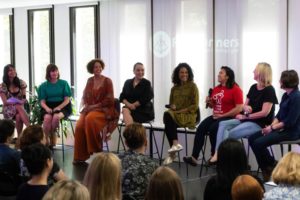